The drug is a lyophilized powder for preparing a solution of glutathione for intravenous and intramuscular administration.

The main application is as a detoxification agent. 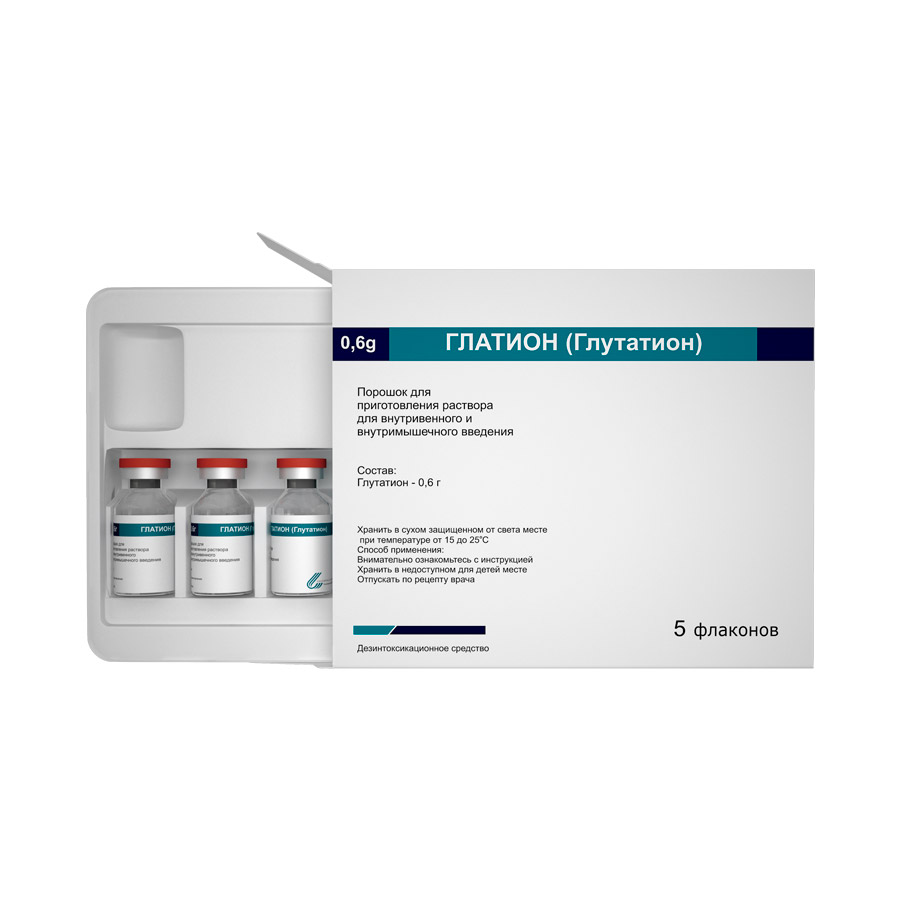 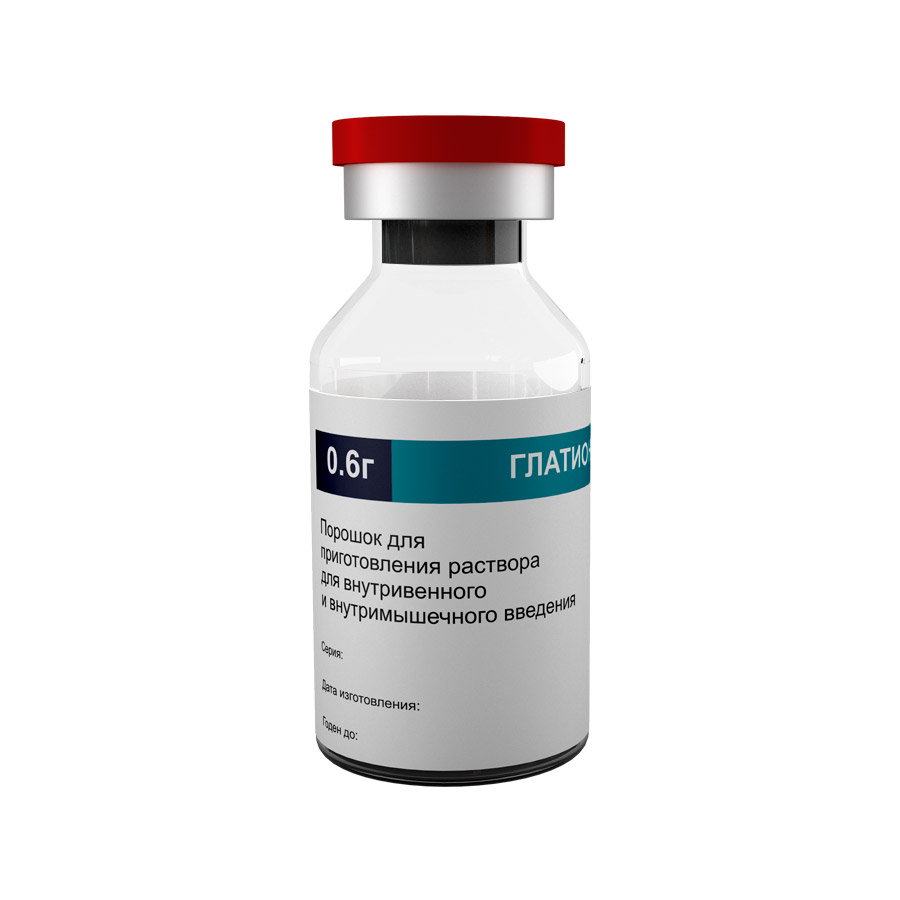 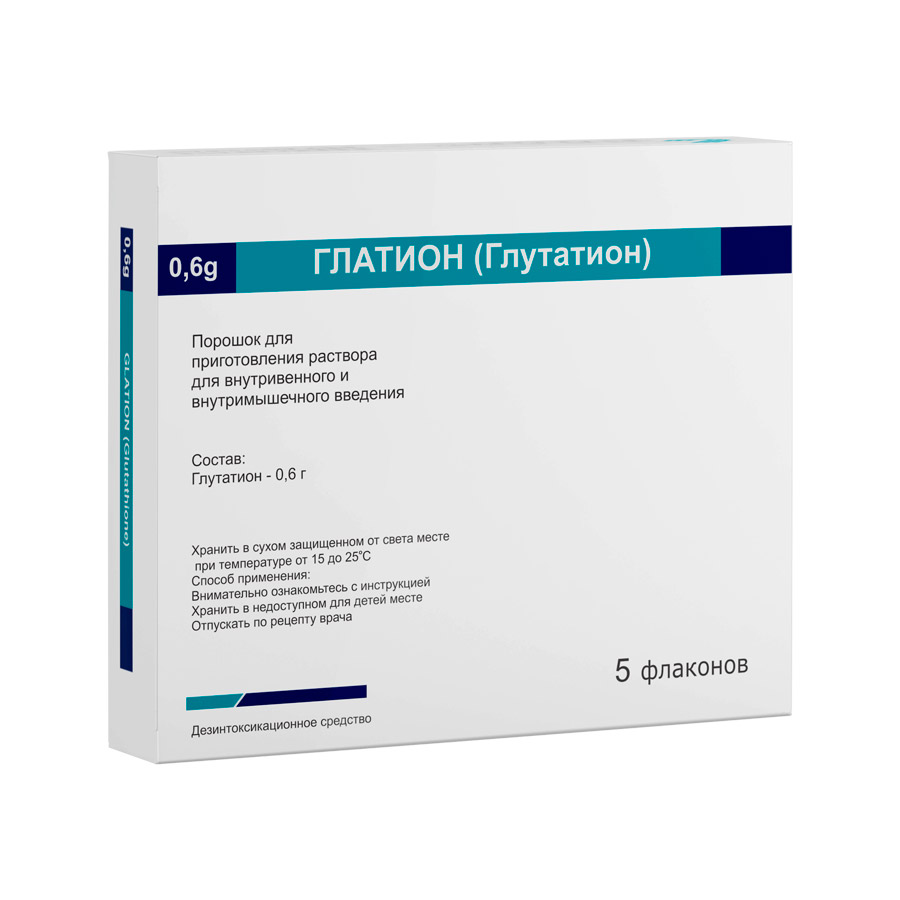 Glutathione is a linear tripeptide with a sulfhydride group composed of L-glutamine, L-cysteine ​​and glycine. It plays an important function in protecting the cells of the body, being a strong antioxidant. In humans, the lack of glutathione leads to the emergence of many diseases, such as Pakrinsonism type I tyrosinemia, alcohol poisoning and others. Experiments in vivo and in vitro have shown that lack of glutathione can cause damage to mitochondria and cell death caused by an increase in the number of toxic oxygen species, leading to an increase in the number of free radicals.

Glutathione is capable of preventing cell damage by combining with toxic substances and / or their metabolites. Neutralization of xenobiotics with glutathione can be carried out in three different ways: by conjugating the substrate with glutathione, as a result of nucleophilic substitution, and as a result of the reduction of organic peroxides to alcohols.

The glutathione neutralization system plays a unique role in the formation of resistance to a wide variety of influences and is the most important defense mechanism of the cell. In the course of the biotransformation of some xenobiotics with the participation of glutathione, thioethers are formed, which then turn into mercaptans, among which toxic products are found. But glutathione conjugates with most xenobiotics are less reactive and more hydrophilic than the original substances, and therefore less toxic and easier to be removed from the body.

Glutathione binds a huge amount of lipophilic compounds (physical neutralization), preventing their introduction into the lipid layer of the membranes and dysfunction of the cell.

Thus, glutathione improves the stability of the cell membrane, protects the membrane of liver cells, increases the activity of enzymes and the liver, and promotes detoxification and regenerative activity of the liver by destroying free radicals.

With intravenous administration, the contents of the vial are dissolved in 250-500 ml of 0.9: sodium chloride solution.